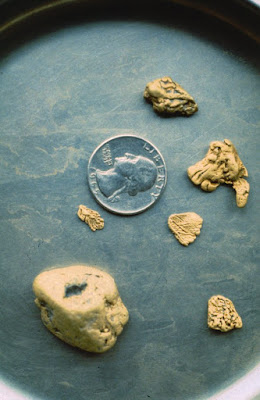 Dang, everywhere I look - I find gold! And when I'm not finding gold - there there are all of those dadgum diamonds and gemstones - they seem to be everywhere.

Yes, its been some time since the discovery of lode gold at Donlin Creek - Snow Gulch in Alaska. And after all of these years, a mine is almost ready to start producing gold.

In the 1980s, I was employed as an economic geologist for the Wyoming Geological Survey at the University of Wyoming, and I had dreams of spending time in Alaska and Australia searching for mineral deposits. No one else at the Survey had any interest in working outside (most liked the cozy, clean, little offices at the university, and only ventured outside to see football games). In all of the years I worked at the Survey, only two other full-time geologists liked to get their feet dirty - one moved to teach structural geology in Montana, and the other was literally harassed to death by a director of the Survey.

For me, I love geology and love rocks and old mines. So, I developed many different projects for Wyoming, and continued to map and find new mineral deposits until that same director (a democrat) decided to come after me. By shear luck, I was near retirement age, otherwise I might also be pushing up daisies.

Anyway, prior to the democrat incident, I had free rein on what I could do, as long as I was productive. Thus, over the years, I published, I gave lectures and led many field trips, I mapped every mine I could get into, mapped all of the gold and base metal mining districts, lamproite fields and kimberlite districts, mapped the greenstone belts in the Wyoming craton (with the exception of Elmers Rock - that was mapped by my good friend, Paul Graff), and identified gemstones all over the state. Whenever I had annual leave, I often took leave from the Survey and consulted on various projects. So, I was able to get to Australia in 1986 for diamond research, and in 1988 and 1989, WestGold hired me to explore and map the Donlin Creek-Snow Gulch area in Alaska. WestGold, a subsidiary of Anglo-American and  DeBeers, had plenty of resources, and we found them a giant gold deposit - but unfortunately, the project was dropped and fell back into the hands of Calista Corporation. Even so, seven geologists were part of the discovery team for this giant gold deposit, and three were from Wyoming.

I believe I have a nose for gold. I found hundreds of gold anomalies over the years. And I went searching for diamond deposits all over the US for a couple of different companies and put together an excellent diamond property with hundreds of diamond anomalies in the Colorado-Montana-Wyoming region for an Australian diamond company. I also found some excellent base metal projects for another Australian company, and I consulting for major mining companies and small family companies. I made money for some companies, but I didn't get a piece of the action, so, all I received was wages at the Survey, consulting fees, and a divorce - but at least I got a chance to climb into many old mines, map lots of rocks, sing songs at night with coyotes, and was the first person to see some new mineral deposits that no one had ever seen before.

Today, I am working pretty much by myself. I keep finding great gold and base metal projects, and sometimes I wish I had access to a few hundred $million, as there are many excellent deposits out there just waiting for me and your bank account to put them in production.

Currently, I'm researching Arizona - and this is a land of many rich copper-silver-gold porphyry and base metal massive sulfide deposits along with dozens of hydrothermal gold and silver deposits. So, hire me, give me a decent wage, a truck, a gas card, and lots of additional spending money - and I'll find you a gold mine. 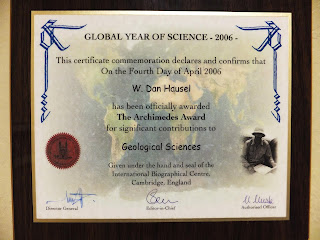 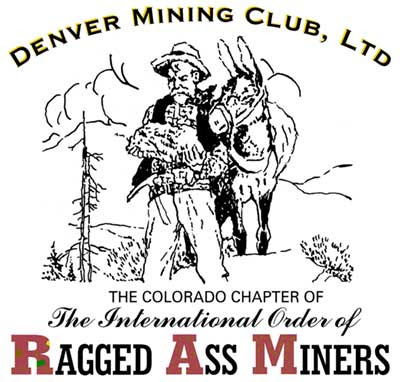 December 17, 2012
Alumnus Mark A. Bronston (BS , 1979), alumnus Paul J. Graff (PhD, 1978), and former Wyoming State Geologist Dan Hausel, recount how they were all members of the mineral (gold) exploration team that was awarded the Thayer Lindsley Award for an International Mineral Discovery by the Prospector’s and Developer’s Association of Canada in 2009. They discovered the Donlin Creek gold deposit in central Alaska in the late 1980’s working for WestGold, a subsidiary of Anglo-American and DeBeers.
The Donlin Creek deposit is currently the largest unexploited gold deposit in the world (37 million ounces proved and probable reserves). The mine is currently in the final stages of permitting.

The above press release from the University of Wyoming reports on the Donlin Creek gold discovery made in the late 1980s. Please note that I (Dan Hausel) was never the State Geologist - that is a political appointment made by the governor. My position at the Wyoming Geological Survey was that of Senior Economic Geologist (non-political).